The City Administrator is appointed by Swainsboro’s City Council to manage the affairs of the municipality. The responsibilities of a City Administrator include supervising the day-to-day operations of all city departments, preparing a draft city budget each year, researching and making recommendations about topics of interest to the council, meeting with citizens and citizen groups to understand their needs better, providing executive leadership that encourages good performance by city workers and operating the city with a professional understanding of how all city functions operate together to their best effect.

Al L. Lawson was appointed City Administrator in March of 1997. A lifelon 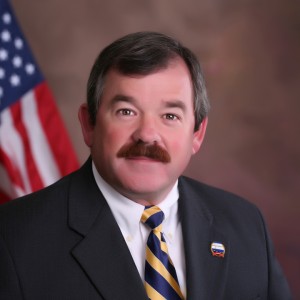 Mr. Lawson serves his community in many volunteer roles. He served as the 50th President of the Swainsboro Jaycees, the 2017 President of the Swainsboro Rotary Club and  was voted the 2010 & 2017 Rotarian of the Year, a past Board Member of Southern Boosters of Georgia Southern University, a Member of Sigma Chi Fraternity, a Deacon and Music Director for Swainsboro First Baptist Church, and Secretary of the Pine Tree Festival Foundation.

Mr. Lawson is a Certified Municipal Clerk from the Carl Vinson Institute of Government, a graduate of the Harold Holtz Municipal Training Institute, a graduate of the Regional Economic & Leadership Development Institution, a Regional Director and Board Member of the Georgia City/County Mangers Association, and was named by Who’s Who as a 2008 Honored Professional. He currently serves on the Georgia Auctioneers Commission for the State of Georgia appointed by Governor Brian Kemp.

Mr. Lawson is married to Dianne Mosley Lawson and has a family of three daughters, Samantha Jo Johnson, Elizabeth Lawson, and Raven Tschida, and one son, Logan Hall. He has five wonderful grandchildren Braydon, Mercer, Kennedy, Palmer and Dax.