The Downtown area is by-far the cultural center of Swainsboro. The Square, Boneyard, and Businesses play host to a variety of monthly and annual events ranging from the monthly Concerts and Yard Sales to annual events like The Pine Tree Festival and Christmas Parade. Here are a few highlights from the Downtown Event Calendar:

st and most well known festival. Each May, thousands of people from across the southeast flock to Swainsboro to attend the four days of activities. Highlights of the event include beauty contests, auto races, a golf tournament, arts & crafts vendors, wildlife exhibits, forestry exhibits, musical entertainment, antique car displays, living history demonstrations, and a variety of headline entertainers. Also featured is the Grand Parade, a grill-off, children’s rides, and more. Visit the Pine Tree Festival’s official website at www.pinetreefestival.org.

The Downtown Development Authority hosts the Downtown Swainsboro Fall Festival each October. The event is held at The Boneyard and celebrates old-fashioned community spirit through carnival games and activities hosted by local businesses and organizations, treats, a costume pageant, and more. The event provides a family-friendly atmosphere during a season that is traditionally filled with Halloween “spooks.” 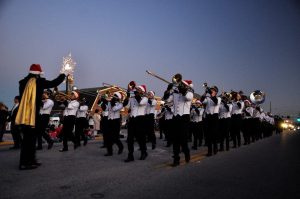 December. The Downtown Development Authority and Chamber of Commerce kicks off the Christmas season with a huge nighttime parade down Main Street that traditionally features over 80 Floats and a special appearance by Santa Claus. The event culminates with local entertainment, the lighting of the community Christmas tree, a Chili Cook-Off, the DDA’s “Santa Drop,” and photos with the man of the hour – Santa Claus. The event is held in Downtown Swainsboro.

The Downtown Development Authority of Swainsboro, the City of Swainsboro, and the Swainsboro-Emanuel County Chamber of Commerce partner each Spring to host the Ultimate Yard Sale in downtown Swainsboro. The community-wide event boasts a wide variety of merchandise, as vendors fill the Boneyard, Roger Shaw Street, and Patriots Square. 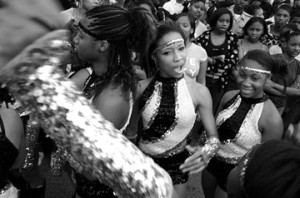 The Downtown Development Authority’s Summer Concert Series is held at The Boneyard and features free entertainment by a variety of local bands. Attendees bring their lawn chairs for a family-friendly evening of music and dancing under the stars.