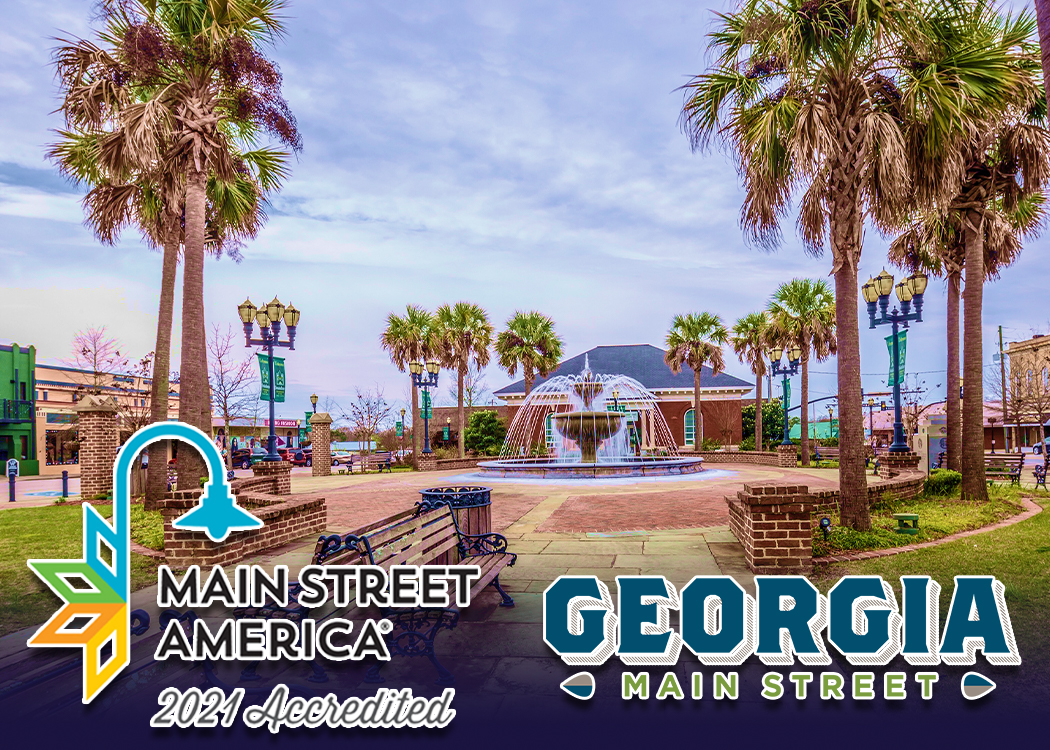 The City of Swainsboro has been designated as a 2021 Accredited Main Street™ program for meeting rigorous performance standards. Each year, Main Street America and its partners announce the list of accredited programs to recognize their exceptional commitment to preservation-based economic development and community revitalization through the Main Street Approach™.

“We are proud to recognize this year’s 889 nationally accredited Main Street programs that have worked tirelessly to advance economic vitality and quality of life in their downtowns and commercial districts,” said Patrice Frey, President & CEO of Main Street America. “During an incredibly challenging year, these programs demonstrated the power of the Main Street movement to drive impressive local recovery efforts, champion small businesses, and foster vibrant downtown districts. I am inspired by their hard work and confident that these accredited communities will continue to help their downtowns flourish in the next stages of recovery.”

Downtown Swainsboro’s performance is evaluated annually by the Georgia Department of Community Affairs Office of Downtown Development, which works in partnership with Main Street America to identify the local programs that meet 10 national performance standards. Evaluation criteria determines the communities that are building meaningful and sustainable revitalization programs and include standards such as fostering strong public-private partnerships, documenting programmatic progress, and actively preserving historic buildings.

Swainsboro’s Main Street Program is managed by the Downtown Development Authority (DDA), which has been a catalyst in the revitalization of downtown Swainsboro. As one of the five original Georgia Main Street Cities designated in the 1980s, Swainsboro reclaimed its accreditation as a state and national Main Street City in 2016 and has worked diligently in maintaining the distinction since.

“Despite the many challenges of 2020, we are fortunate that no downtown Swainsboro businesses closed. In fact, we welcomed three new businesses which created more than 16 new jobs and four properties were renovated during that time,” said Lynn Brinson, Director of Downtown Development.

Accreditation as a Main Street America City and Georgia Classic Main Street Program provides opportunities for technical assistance, training opportunities, and economic development programs, as well as access to unique funding programs. It also signifies the community’s commitment to revitalizing downtown, preserving its historic structures, and strengthening its economic base.

According to the National Main Street Program, “Main Street America is a special mark of distinction. It is a seal, recognizing that participating programs, organizations, and communities are part of a national movement with a proven track record for celebrating community character, preserving local history, and generating impressive economic returns.” Approximately 15 percent of Georgia cities have attained this honor.

“I have always felt that the real character of any city is truly reflected in the original downtown area. Lynn and the Downtown Development Authority members have done a tremendous job in keeping our downtown alive and vibrant. We are lucky to have them working for us all,” said Swainsboro Mayor Charles Schwabe.